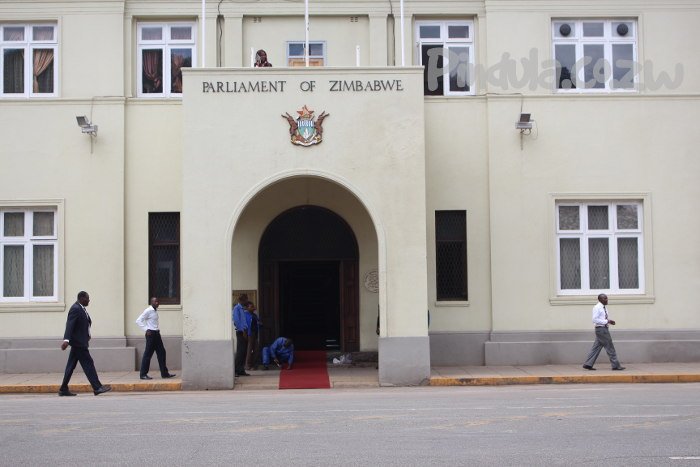 When Temba Mliswa convened a press conference on February 11, he gave journalists a tongue-lashing.

He was incensed over the coverage of his alleged relationship with a woman, those active on Twitter may have come across.

The intricate details of the saga cannot be republished on an esteemed platform of this stature.

Mliswa promised to deal with the media through instigating Zanu PF legislators who make up the majority of Parliament to enact a law that deals with the media, mainstream and social media.

In exact words, he said; “If there is ever a time I am going to move a motion in Parliament against journalists to be given five years in prison, it is this time around because you cannot at all rule by the stroke of the pen and lie.

There must be a law that is supposed to come in and you know the ruling party has always wanted to curtail you. They have two thirds, I will move the motion and the bill will pass, you cannot at all get away with it. There must be a price journalists must.”

The press conference abruptly ended when police officers arrived, this was the time journalists who had gone to his Borrowdale home were quizzing him over his words.

Weeks later, it appears Mliswa is continuing with his tirade, this time smuggling the discourse into Parliament.

As a preamble to his suggestion last week in Parliament, Mliswa spoke about former Vice President Kembo Mohadi who resigned under opaque circumstances of a moral nature.

Mliswa said his and Mohadi’s case are a sign that people are abusing social media. He went on to implore Justice Legal and Parliamentary Affairs Minister Ziyambi Ziyambi to help craft a law that regulates social media because politicians are being targeted.

“Mr Speaker Sir, may we also be aware of social media that it is an animal that attacks. For as long as we do not give a fair trial to anybody implicated, tomorrow it will be me, but for me, I am used to it anyway; so, it is not much of a problem,” said Mliswa.

He added; “For other members who are here, including yourself Mr. Speaker Sir, it just takes one person to write something which is not true and that becomes a fact. There has got to be a way through the law, I think the Minister of Justice is hearing me and can at least come up with a credible way of ensuring that whatever is alleged is true or not.

As politicians we are very much vulnerable to that.”

Such sentiments are yet another reminder of the raw deal they are getting from the people they voted in office.

Parliament, is an institution protected by Parliamentary privileges which say no one can be arrested over opinions shared during debates.

This is due to the fact those who formulated the idea understood the importance of freedom of expression in nation building.

It is ironic that the same people who are protected at law to be able to deliberate matters to exhaustion, do not want to extend the same privileges to others.

Mliswa, to his credit has been trying hard as a voice of oversight keeping the executive under check, but it would appear he wants to be a monopoly in that regard.

By suggesting that a law that polices social media (and by extension news media) is formulated, he is hinting that he is allergic to the public scrutinising his life yet he is a public officer.

When politicians seek to use the law to escape accountability, they become a danger to the society they claim to represent.

Parliament should be on the side of democracy at any given time, they should be seeking to create laws that protect free speech not doing the opposite.

In a country where people are being arrested for tweets, such talk from a lawmaker is dangerous.

One hopes his legislator colleagues will ignore his rants because once entertained that conversation becomes a downward slippery slope.

The people had found their voice against injustices through the internet; social media have allowed the proverbial subaltern to speak.

For the first time in centuries ordinary people are able to air their opinions on critical matters, instead of harnessing the new reality political actors appear intimidated.

Seeking to punish the media and social media users for deliberating on matters that would have found their way onto the public space is against the principles of democracy.

Parliament runs a risk of being complicit in the shrinking of the democratic spaces.

Right now it is entertaining hints of the Patriotic Act equivalent in Zimbabwe, which is a law that is supposed to outlaw ‘speaking ill against the country.’

The speaking ill element will be enunciated by Zanu PF and the ruling elites, one gets a feeling they are going to conflate their failures with national interests.

Such discourse is part of the reason why Zimbabwe’s Parliament performed poorly in the rankings by American based political research organisation, Freedom House.

An institution that cannot be responsible for its power cannot be trusted to keep a close eye on the executive.

Our lawmaking should be progressive, we cannot have debates that explicitly suggest intent to curb free speech.

We expect better from our Parliament.