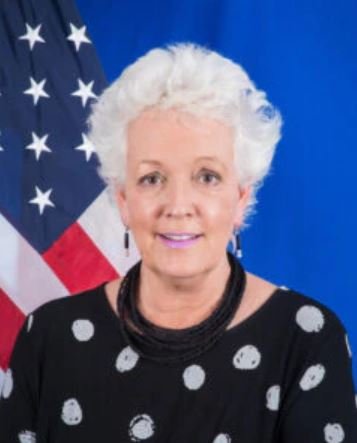 The person at the forefront of President Joseph Biden’s colossal, grand plan for global COVID-19 vaccine response is the Honorable Gayle Smith, coordinator of the Global COVID-19 Response and Health Security at the State Department.

On September 30, she said the United States’ vaccine diplomacy wants, “to do more and to do more faster and better on ending this pandemic.”

In using events like the upcoming October 2021 G20 Summit, “to create momentum, we also thought it really important to line up the world behind a set of targets…so that it’s not just a question of doing more but doing enough.”

Also on 30 September, the World Health Organization Africa (WHO Africa) announced that “there is still a long way to go to reach the WHO target of fully vaccinating 40% of the population by the end of the year.

Shipments are increasing but opaque delivery plans are still the number one nuisance that holds Africa back,” said Dr Richard Mihigo, Immunization and Vaccines Development Programme Coordinator for the World Health Organization (WHO) Regional Office for Africa.

From the Biden-Harris Administration’s perspective, Smith says that “part of that has been Africa buying its own vaccines through the AU, hundreds of millions of J&J doses, and now having this Aspen plant in South Africa producing at a greater scale for the continent means, I think, that the volume of those vaccines will be more readily available and, frankly, easier to move.  And I think there’s a lot of justice, quite frankly, in the fact that these are vaccines being produced in Africa for Africa.”

Jeremy Konyndyk, Executive Director of the USAID COVID-19 Task Force and Senior Advisor to the USAID Administrator explained that “Some parts of North Africa are doing reasonably well.  Morocco has fully vaccinated 50% of its population.  Sub-Saharan Africa is much further behind.  I think South Africa is doing one of the best with about 14% fully vaccinated and another 6% with their first dose, but then Kenya is not even to 2% fully vaccinated.  And South Sudan and some of the countries with weaker health systems are even further back than that.

Overall, the continent is at about 4.4% fully vaccinated.” He clarifies that, “that’s why we’re [U.S. is] pushing so hard through this [G20] Summit to generate more supply and to accelerate it and to simultaneously ramp up the support we’re providing to countries to take those doses and actually turn those into vaccinations.”

Konyndyk described U.S. dose distribution efforts saying, “with the distribution that we’re now doing of Pfizer doses in partnership with COVAX and with the African Union, we are just working country by country to get countries ready to receive the Pfizer vaccine, which has some special requirements that are a little more onerous than some of the other vaccines do, but which is a very high-quality product and is available now at large and growing scale.

And so, we are working closely with countries through our USAID missions, through our embassies, through our multilateral partners like UNICEF and WHO and Gavi, to support country readiness, to put in place the cold chain, to ensure they have access to things like syringes – special syringes, and that they have the training and the technical know-how to effectively administer these vaccines.”

Smith has long been regarded as someone who works hard for a world that does not turn its back on the most disenfranchised. At her April 5 appointment, U.S. Secretary of State, Antony Blinken described her as a “remarkable leader” with “deep experience in responding to public health threats. She is tested. Highly respected. She will hit the ground running,” he said.

As someone that previously headed up the United States Agency for International Development (USAID) and served as a top advisor to former Presidents Bill Clinton and Barack Obama, many experts fully expect that she is the right person to help the world pull off the equitable vaccine distribution effort.

It is evident many countries are asking the U.S. to do more, to do it faster, and to do it for the low-income countries, equitably. According to World Bank data, “There’s a growing and dangerous divergence between richer and poorer countries in terms of access to COVID-19 vaccines, therapeutics, and diagnostics tools. In the face of a rapid spread of new variants, this continues to have significant negative impacts on the health, wellbeing, and livelihoods of people living in the poorest countries – and we are already seeing the harmful implications for the global economic recovery.”

According to the World Bank Task Force on Covid-19 Vaccines, Therapeutics, and Diagnostics, for Zimbabwe to vaccinate 40% of its population, this would mean a Target Population for Vaccination (end 2021) of 5.9 million. To vaccinate 60% by the middle of 2022, the country would need to meet a Target Population for Vaccination of 8.9 million. If 2.2 million were fully vaccinated that would represent 14.8% of the population.

The remaining problem is that the majority of sub-Saharan Africa remains unvaccinated, and will remain unvaccinated by the end of 2022 if there is no acceleration of vaccine manufacturing, vaccine sharing by wealthy countries, equitable dose distribution to countries on the continent, and financing gaps in the region. But it’s not just about vaccines.

Global health experts, including the World Bank, agree that making sure low-income countries have the “diagnostics, therapeutics…oxygen, to manage this phase of the crisis.

Addressing supply chain and trade bottlenecks to scale up production and deployment of vaccines, testing, and diagnostics” and to partner with countries to ensure their readiness to accept the vaccines.

In September, President Biden convened the Global COVID-⁠19 Summit from the White House with an aim to further tackle ending the pandemic and strengthening global health security to avoid and prepare for the pandemics of the future.

He drew attention to the need countries have to, “prevent, detect, and respond to biological threats, including future pandemics” and said three themes were crucial: Vaccinate the World; Save Lives Now, and Build Back Better. The White House confirmed that the Summit was attended by, “representatives from more than 100 governments and other partners and more than 100 leaders from international organizations, the private sector, the philanthropic sector, civil society, academia, and other stakeholders.”

In October, many are hopeful that the G20 Summit will yield firm commitments to help low-income countries.

Earlier this year, in a May 12 testimony,  Smith and Konyndyk provided testimony to the Senate Foreign Relations Committee on the international response to the COVID-19 pandemic. They outlined U.S. action that had been taken up until that point and future plans to help get the global community out of the pandemic.

Chaired by Senator Bob Menendez, D-NJ Chair of the Senate Foreign Relations Committee, the U.S. Congress wanted to be sure the U.S. Government knows “how it can meaningfully slow and ultimately stop the spread of this pandemic once and for all,” said Senator Menendez while the Ranking Member, Senator Jim Risch, R-ID expressed his wish to, “accelerate access to vaccines overseas” and let Congress know, “Who will get what, when, and how.”

Now, after Biden’s Global COVID Summit and once the upcoming G20 Summit takes place, these events will provide the world with an opportunity to measure gaps, challenges, successes, and to what extent sub-Saharan African countries are likely to have their populations vaccinated, oxygen, and PPE supplies on hand before the end of 2021—in about 90-days—to have a clear picture of the sum of what was achieved this year.

Gayle Smith took temporary leave away from her usual job as President and Chief Executive Officer at the One Campaign—Board Members of the One Campaign include Sheryl Sandberg (Facebook), David Cameron (former UK Prime Minister), Aliko Dangote (Dangote Foundation), and co-founder of the organization who is also the Lead singer of the famous rock band U2, Bono.

Meanwhile, the battle to vaccinate everyone, everywhere, is far from over.