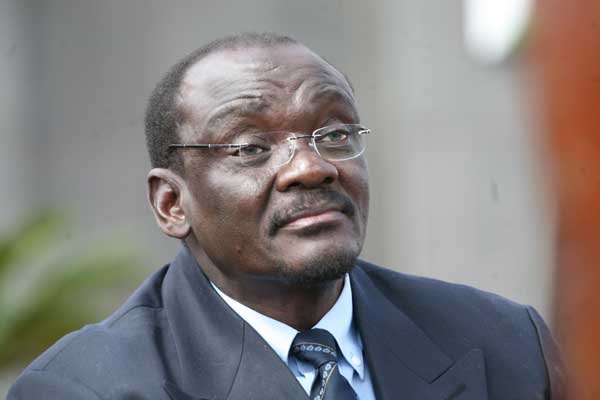 Vice President Kembo Mohadi has resigned from his post to save the image of the government following his alleged sex scandals.

The scandals which are in the form of recorded phone calls circulated extensively in the social media in the past weeks.

In a statement posted by the Ministry of Information, Publicity and Broadcasting on its Twitter handle, the Vice President has resigned with immediate effect.

According to the alleged letter of resignation, Mohadi wrote, “…The interconnectivity with social media ecologies have been relaying viral moral panics, peddling flames of lies, creating myths, and muddling the reality of my life as a family man.

“I am a victim of information distortion, voice cloning, and sponsored spooking and political sabotage.

“Digital media, in their hybridity, have been abused by my enemies to blackmail me, but my spirit will never die.

“Following the recurring dis-information and virilisation of my alleged immoral unions, dispensed through awkward slacktivism, I am stepping down as the Vice President of the Republic of Zimbabwe in terms of Section 96(2) of the Constitution of Zimbabwe (No. 20) Act, 2013 with immediate effect,” said the alleged letter of resignation.

The letter added, “Hard as it may be to my family, friends, comrades and cadres of my party Zanu PF, I am taking the decision to step down as the Vice President of Zimbabwe to save the image of my government,” he said.

Mohadi has been in the media for allegedly trying to bed married subordinates in his office as well as in hotels.

Social media is awash with telephone recording alleged to be from Mohadi, asking the alleged people for sex.

However, Mohadi who was serving the seat of Zapu in Zanu PF denies the allegations saying it the work of voice cloning bu his enemies. Get more Covid-19 Stats from CovidZW.info