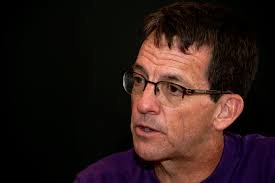 Mark Heywood the editor of Maverick Citizen, a section of the Daily Maverick says South African is aiding Zimbabwean cartels that have bled the country of US$3 billion a year.

The money is being lost through illicit financial flows and organised crime.

Heywood made the remarks in an interview on The Insight with Bernard Mpofu, stating that the same crimes are also prevalent in South Africa.

“…we have a responsibility to work with you (journalists) and the citizens of the country to try to make it possible that there be equal opportunities so that we are able to narrow inequality and poverty in all our countries,” he said.

The Daily Maverick editor added that he hoped the recent 64-page report by his publication which exposed the illicit cross-border financial transactions would help strengthen enforcement institutions to fight against state corruption and capture which have destroyed the country’s economy.

“I hope the report will help Zimbabwe’s Auditor General, the Anti-Corruption Commission and Parliamentarians to have a better understanding of what needs to be done to clean up politics and clean up the environment.

“There is need for better monitoring of what is going on, better strengthening of institutions like ZACC, the auditor general, institutions of civil society and the judiciary to try to make sure that the chains are broken,” he said.

According to the Daily Maverick Report, the work of cartels affiliated with the ruling party Zanu PF have suffocated all efforts of honest economic activity through collusion, price fixing and monopolies.

Corruption in Zimbabwe has driven many of its citizens into abject poverty as the state is unable to provide social services as health and social nets.

Over 90 percent of Zimbabwe’s working population is employed in the informal sector mostly doing vending.

The Daily Maverick report has also ironically implicated President Emmerson Mnangagwa as one of the cartel bosses, yet the current incumbent has openly been castigating corruption saying his regime will have “Zero tolerance to corruption.”