HomeNewsGovt working to fill up potholes in 60 days
News

Govt working to fill up potholes in 60 days 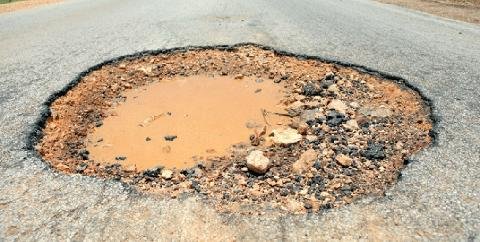 Transport and Infrastructural Development Minister, Felix Mhona say the government is working flat-out to fill potholes on the roads in the next 60 days.

Mhona’s statement comes barely a month after the government declared all roads in the country a state of disaster.

Zimbabwe has done badly when it comes to roads especially in cities and towns such that it has become a challenge for motorists to travel.

Even new roads that have been constructed and are less than 5 years have already started developing potholes.

Speaking in the National Assembly, during Question and Answer, Minister Mhona said besides the roads, drains will also be cleared in the first phase.

“That first phase is taking 60 days whereby we are going to address the issues of wash-aways, pothole filling and drain clearing. Apparently, in the next 60 days, the Ministry will be seized in trying to address that.

“We are actually mandated according to the Roads Act, Chapter 13:18 which talks of Section 5 that allows the Honourable Minister to take charge of the roads and this is what we are doing.

“We need to move with speed as Parliament, local authorities and rural district councils to take ownership of this program,” he said.

Honourable Mhona added that the program is expected to run until 2024.

He also called on the legislators to help identify roads in their constituencies that need prioritisation.

With most of then roads in the country in a deplorable state and riddled with potholes some the size of gorges, the government allocated about ZW$480 million towards their rehabilitation.

The current incessant rains have further widened the death traps, and no amount of sand filling is able to patch up our roads.

Govt working to fill up potholes in 60 days