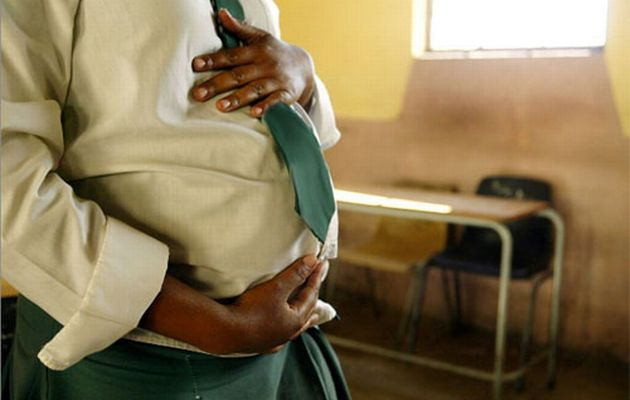 Women Affairs Minister Sithembiso Nyoni has told Parliament that about 4959 teenage girls were impregnated countrywide between January and 5th of February 2021.

She said the majority (4475) are from Mashonaland Central Province followed by Matabeleland South which has 290.

The Minister was responding to a report from the Parliamentary Portfolio Committee on Women Affairs, Community, Small to Medium Enterprises which was looking at the level of public service delivery related to sexual and gender-based violence during the COVID-19 pandemic.

Nyoni said the development was disturbing and could lead to some of the girls dropping out of school.

“Equally disturbing are cases of teenage pregnancies from across the provinces. These cases were experienced from January to the 5th of February 2021.

“A total of 4959 got impregnated in such a short period and this means that nearly 5 000 of our girls risk losing their educational opportunity if they do not pursue re-admission,” she said.

The revelation comes at a time when Zimbabwe now allow pregnant girls to continue with school even if they are pregnant.

This is meant to help address the cases where the boy child appeared advantaged when the girls drop out due to pregnancy.

However, the move has been met with varying opinions from both parents and teachers.

Progressive Teachers Union of Zimbabwe president Takavafira Zhou is of the view that allowing pregnant girls to attend normal schools could backfire.

He prefers that government create special schools that would have health practitioners who are trained to handle pregnancy issues.

Meanwhile, Minister Nyoni has also revealed that about 1774 under-age girls were married in the same period, with Mashonaland Central taking the lead again.

“Most worrying is 1774 who are in matrimonial union before their 18th birthday. They have lost opportunities and have also become vulnerable to other forms of violence, assault, which include economic and emotional abuse,” she said.

Minister Nyoni’s statistics could rekindle debate on whether girls under 18 years should be allowed access to contraceptives so that they can help prevent pregnancies.

Zimbabweans have on several occasions rejected the idea, arguing that it will create an impression of giving children consent to engage in sexual activities.

The statistics which are worrying by any stretch of the imagination could see Zimbabwe coming under pressure to review its pregnancy termination Act.

According to the Act, only those who would have been raped got pregnant from incests are allowed to abort as well as when the pregnancy puts the life of the woman in danger.

These restrictions have seen some girls trying to abort in backyard abortion centres which put their lives at risk. Get more COVID-19 Stats from CovidZW.info