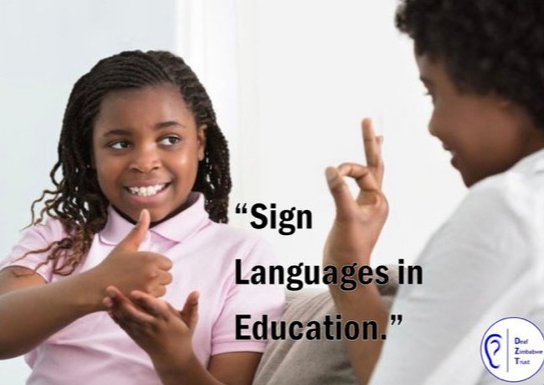 Deaf Zimbabwe Trust has hailed the Judicial Laws Amendment Bill which requires the state to provide a sign language interpreter.
The interpreter will be provided for any accused persons with speech or hearing impairments or both.

The legislation aims to harmonize seven acts with the constitution and implement virtual court sessions.

Published in the gazette in April 2022, the amendment bill has already gone through the public hearings stage.

Currently, parliament awaits the second reading and tabling of the public hearing findings.

As a result, the amendment bill also seeks to repeal and replace section 193 of the Criminal Procedure and Evidence Act.

Furthermore, the section requires the state to provide a sign language interpreter for accused persons with hearing or speech impairments.

“As it places an obligation on the State to ensure the availability of a Sign Language Interpreter in cases involving people with speech impairments and those who are Deaf,” Mwale said.

“The Judicial Laws Amendment Bill comes in the wake of the High Court of Zimbabwe ruling made on the 7th of October 2020, in which Section 193 of the Criminal Procedure and Evidence Act which deals with detention of persons who are Deaf, was declared unconstitutional to the extent that it violates the rights of accused persons.

“In an application filed by Advocate Francisca Chinwavadzimba in August 2020, on behalf of the Legal Resources Foundation and the Deaf Zimbabwe Trust, the two organisations argued that section 193 of the Criminal Procedure and Evidence Act is unconstitutional.

“The section does not provide for a sign language interpreter therefore violating the rights of the Deaf and those with speech impairments,” Mwale added.