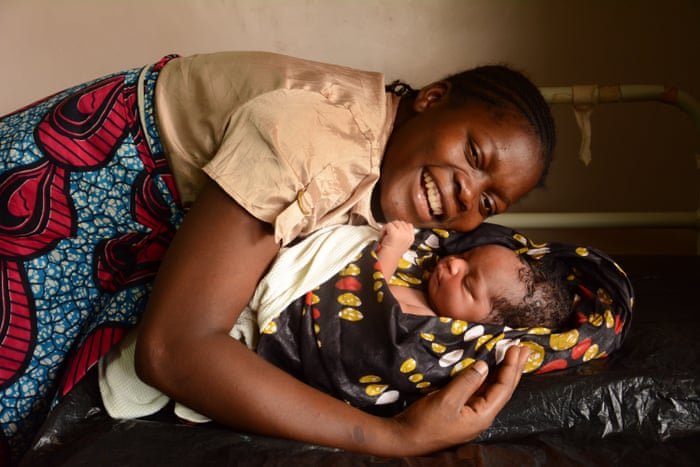 LUPANE (The Citizen Bulletin) — Since the first COVID-19 induced lockdown began in March 2020, Matabeleland recorded thousands of births from both home and hospital deliveries.

Despite being given names by their families, the children have however remained unregistered as the Central Registry offices were closed for issuing birth certificates throughout the country until a partial opening in September 2020.

For Matabeleland North, particularly Lupane District, the Central Registry offices’ closure added to a perennial challenge—failure to get vital documents.

A 2019 enquiry by the Zimbabwe Human Rights Commission (ZHRC) identified several issues that have led to failure to access documents in Matabeleland. Among them, Gukurahundi, corruption, poverty and negative attitudes of officials.

According to the Birth and Death Registration Act, one should notify the nearest registration office of a birth within 42 days.

“It thrilled me to see my baby boy getting registered in the database after several attempts, says Tafadzwa Sambi, a 25-year-old mother.

The relief came on a Tuesday, the 15th of September 2020 when the Cabinet resolved to open the Central Registry offices for issuing vital documents including birth certificates.

“I visited the Hwange District Offices with my husband and baby soon after giving birth in May last year only to be turned away by the security guard citing that the Registrar General was not issuing birth certificates,” adds Sambi.

“The disappointment came when the crew announced to the waiting crowd; they were only renewing the torn application forms. The majority were going back home to continue life undocumented, not captured and unaccounted for in the national database. They said their manual camera films had run out of stock (film).”

In 2019 ZHRC visited the region of Matabeleland on a five-day hearing into why members of the public were failing to access national documents such as birth certificates, national identity cards, passports, and death certificates.

Addressing a media briefing after the completion of the public hearings, the then ZHRC chairperson Dr Elasto Mugwadi said negative attitudes from civil servants were also contributing to members of the general public failing to get the requisite national documents.

Inconsistencies at the Registrar General’s Office on requirements to be brought forward by applicants have proven to be another factor resulting in some people giving up on getting documentation. According to Dr Mugwadi, rigidity is a setback, as document seekers’ cases are often peculiar and unique.

Khumbulani Nkomo of Matshiya Village says things are hard as he cannot find employment because he is undocumented.

“I cannot have formal employment due to lack of documentation, and I don’t have a birth certificate. I was born 23 years ago. My mother died, and I never knew my father,” Khumbulani Nkomo, an undocumented young man adds.

Moyo, who has been doing casual jobs, is now stuck due to COVID-19.

The Citizen bulletin could not get an official comment from the Registrar General’s office at the publication time. But an official working at Lupane District Central Registry office says they have dealt with complicated situations that force them to turn away applicants.

“Occasionally we conduct mobile registration exercises to issue birth certificates and IDs, but some situations are difficult to deal with, and we will be following the law resulting in turning away people,” the official told The Citizen Bulletin, speaking off the record.

This article was originally published by The Citizen Bulletin, a nonprofit news organization that produces hard-hitting, hyperlocal reporting and analysis for the southwestern region of Matabeleland.